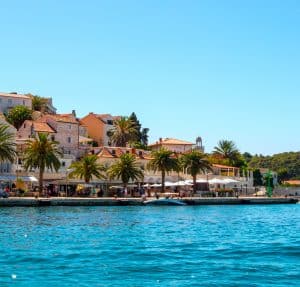 Telos, a fork of open-source EOS that claims to be one of the most active blockchain platforms in the world (according to Blocktivity and CryptoDiffer), says that no-code DApp development platform Katalyo will be using the Telos blockchain to tokenize real estate in Croatia. According to a release from Telos, the tokenized property has an approximate value of €30 million.

Telos claims that several individual portfolios will be tokenized with investors receiving dividends via stablecoins generated from rental revenue. Two tokens are expected to be issued, one representing ownership of the real estate, and the second a stablecoin for dividend payouts. Katalyo will facilitate the process including managing investor purchases, along with necessary KYC/AML processes and the ability to sell the securities.

Douglas Horn, Chief Architect of the Telos Blockchain, said we are at the dawn of a tokenization revolution regarding property investment:

“Telos has been building tool-sets to make it easier for developers to create instantaneous, fee-less, transparent and governed tokenized economies as well as the adjacent tools like DeFi, cross-chain transactions, decentralized data storage and oracles that increase their value even further. With Katalyo now bringing their innovative no-code development suite to Telos, I expect to see an explosion of new tokenized projects,” stated Horn.

Ivica Ljubicic, co-founder of Katalyo, calls Telos one of the most advanced blockchains that is well suited to tokenized real estate.

The Telos network reports that it can currently support 10,000 transactions per second (TPS) with zero transaction fees.

In addition to Katalyo, Telos says it continues to work with other partners in the crypto space.

About The Contributor: admin
Tell us something about yourself.

Come and join our community. Expand your network and get to know new people!

Are you sure you want to delete your Profile?

This will remove all of your posts, saved information and delete your account.

The delete cannot be undone.

With the introduction of blockchain-based assets for games comes the possibility of entirely new business models and innovative development. The first computer games were developed in the late 20th century with the sole purpose of entertaining their audience. One of the first goals was to distract players from their routine work and provide them access... Read more
The mayor of New York City, Eric Adams, has received his first paycheck in bitcoin and ether via Coinbase. “Promise made, promise kept,” the mayor said, referring to his promise to take his first three paychecks in cryptocurrency. Mayor of New York City Takes Paycheck in Cryptocurrency With the Help of Coinbase New York City... Read more
Tesla and SpaceX CEO Elon Musk does not have a problem with Twitter adding the ability of users to use a nonfungible token (NFT) as their profile picture — putting it in an octagonal window rather than a circle. The point of... Read more